THE LIFE OF A PLUS SIZE LITERATURE ENTHUSIAST

I was invited to do a guest blog this week by Fat Girl. Have you read the blog about Memoirs of a Teenage Amnesiac? I’m the “really great friend” that recommended the book, so you should know how awesome I am.

I’ve been brainstorming with Fat Girl about directions that she could take her blog.  This brought up the notion that body positivity is something that crosses genders, religions, and sexualities.  Here are some looks at what brought me to my journey of body positivity. 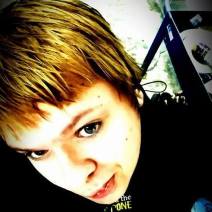 I grew up in an ultra-conservative, dictatorial household.  So even if I didn’t have fat-shaming issues, I was bound to have body-shaming issues.  Believe it or not, until I was 8, I wore slim jeans. I fought with asthma as a child, and part of the recommended treatment was some high-dose steroids, which worked, if you don’t include the little side effect of completely destroying my metabolism.  I wasn’t allowed to play sports as a child, because “Jesus”, and quickly became a couch potato kind of kid.  I was fat-shamed as a child without any real guidance on how to “fix it”.

As a teenager, I tried to diet my way down to an “ideal weight”, but it never lasted. In my freshman year of High School, I got down to 190 by eating nothing but meat and salad for two months, while spending hours on an elliptical. 6 months later, I had ballooned up again.  As I started dating, I quickly settled for anyone who would have me, because the Fat Boy should be lucky he found someone at all. It led me to stay in a relationship well past its expiration date, and to be treated like shit by a guy who wasn’t interested in anything more than a push out of the closet.
I met my boyfriend online when I was 21. He lived in LA, and one day, I took a trip out to see him.  That was the first time I ever touched Methamphetamine.  Fast forward a few months, and I had moved to LA and was using daily. If you want the truth, it was amazing. It gave me more energy than I had ever had in my life. For the first time I can remember, I wasn’t eating because I was bored. I wasn’t eating much, actually. I was losing 5 pounds a week eating nothing but brownies from 7 Eleven and drinking Coca-Cola. I was running 7 miles a day in the gym, and in two months, I dropped 80 pounds. I was beginning to love myself in a way I never had.  I could walk into the mall and pick out anything without wondering if they carried it in my size.

Coming off Meth is a bitch. There is no other way to say it. All those meals you skipped because you were tweaking? Your body remembers, and it’s time to catch up. Fast forward 6 months, and I’m back in my “fat clothes” and while part of me hated myself for not eating healthier and trying to keep my weight down during my detox, I also started to come to the realization that I was sick. I was sick and I needed to focus on getting better. My weight wasn’t worth the friends I lost, the job I almost lost, or the toxic relationship that I lost myself in.

That’s my story. That’s where my body positivity began. In between the shakes from a meth detox, I finally had a clear enough head to see that my weight wasn’t what defined me. Being skinny didn’t make me a better person.  When I was the most lost I have ever been in my life, I found myself. I found out that I had to love and respect myself before anyone would love and respect me.

To Know Where You’re Going… 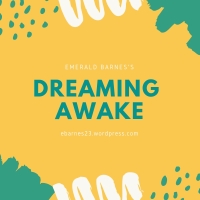 one of us makes things. the other is a cat.

When you stop and look around, this life is pretty amazing.

A place for reviews, bookish thoughts and fashion

Just the ramblings of a plus size woman

From Food Stamps To A Future

It's never too late for a fresh start!

My Classy Curves
Flight of the Fat Girl

Soaring to new heights in body acceptance, and taking back the word FAT one outfit at a time.

Writing is Dreaming while Awake.

Dutch Pinup Girl that was born in the wrong time. Lover of fifties and fourties vintage and reproduction clothing, with a slight dress addiction. Taking on the world with petticoats, red lipstick and pretty dresses.

Making sense of a senseless world.

Plus Size Fashion and Opinions

A somewhat organized collection of thoughts

The journey from plus sized pregnancy to parenthood and everything in between.

Serving Up Plus Sized Fashion with a Side of Humor

A community of readers